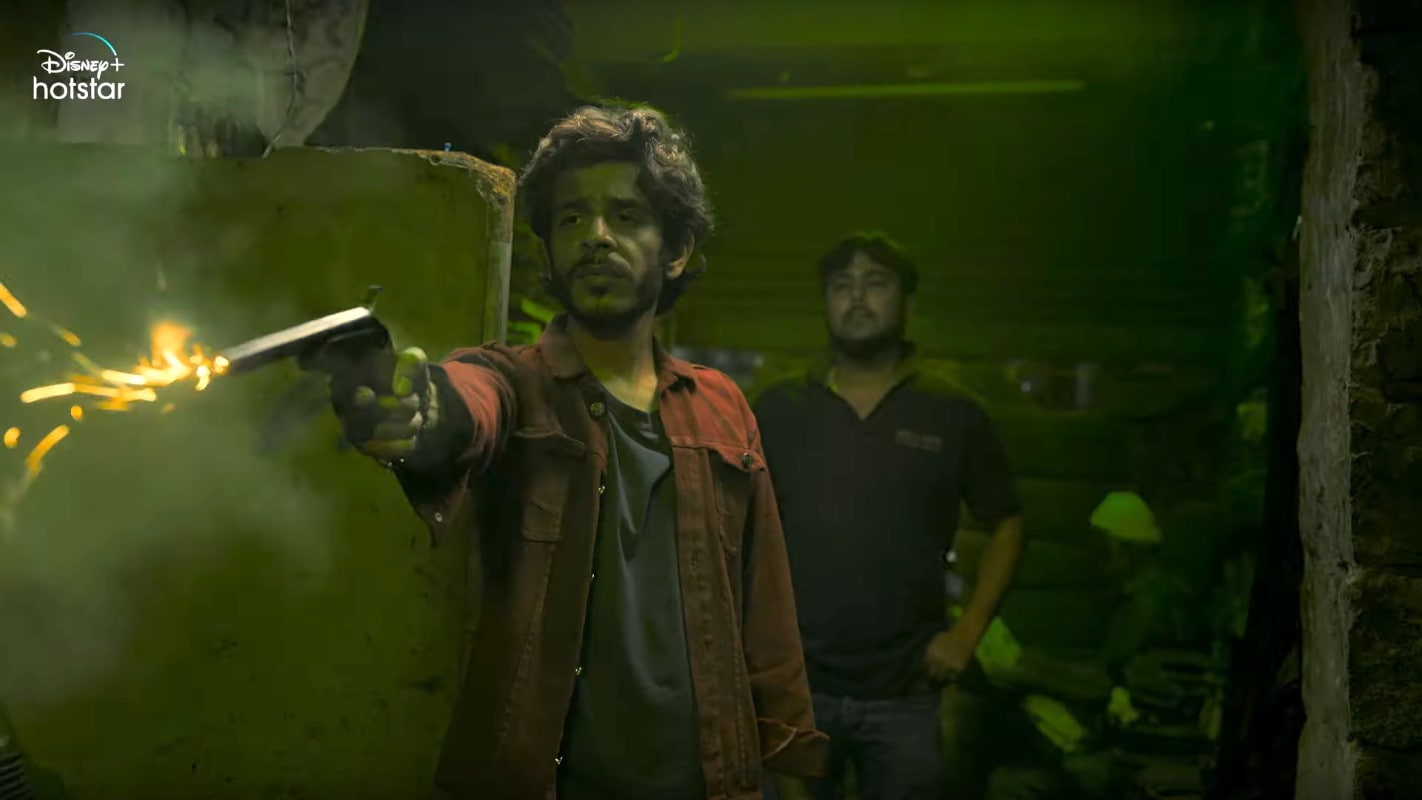 The Great Indian Murder trailer and release date are here. On Tuesday as promised, Disney+ Hotstar announced that its next Hotstar Specials web series — produced by Ajay Devgn, and directed by Tigmanshu Dhulia (Paan Singh Tomar) — would release Friday, February 4 on Disney+ Hotstar in India, and Hulu in the US. Based on Slumdog Millionaire author Vikas Swarup’s 2016 novel Six Suspects, The Great Indian Murder follows two detectives (Pratik Gandhi and Richa Chadha) as they dig into the murder of a politician’s playboy son Vicky Rai. Swarup based the character of Vicky on Manu Sharma, the murderer of Jessica Lal.

After Vicky is killed at a party he hosted — at the start of The Great Indian Murder trailer — his dad (Ashutosh Rana, from Aranyak) demands a CBI inquiry into the death of his son that pulls in investigators Suraj Yadav (Gandhi, from Scam 1992) and Sudha Bharadwaj (Chadha, from Inside Edge). Among the suspects we have Mohan Kumar (Raghubir Yadav) who thinks of himself as the next Mahatma Gandhi, a gun-toting Shashank Arora (Made in Heaven) who served as a waiter at Vicky’s party, and the Chief Minister of Chhattisgarh whom Rana’s character wants to pull down.

The Great Indian Murder is out February 4 on Disney+ Hotstar in India and Hulu in the US. It will be the second Hotstar Specials series in 2022, following the Shefali Shah and Kirti Kulhari-led thriller drama Human that released last week on January 14.

Akhil Arora covers entertainment for Gadgets 360, interviewing stars such as Christian Bale and Anurag Kashyap, covering series premieres, product and service launches across the globe, and looking at American blockbusters and Indian dramas from a global socio-political and feminist perspective. As a Rotten Tomatoes-certified film critic, Akhil has reviewed over 150 movies and TV shows in over half a decade at Gadgets 360. When he is not completely caught up with new film and TV releases, Akhil
…More