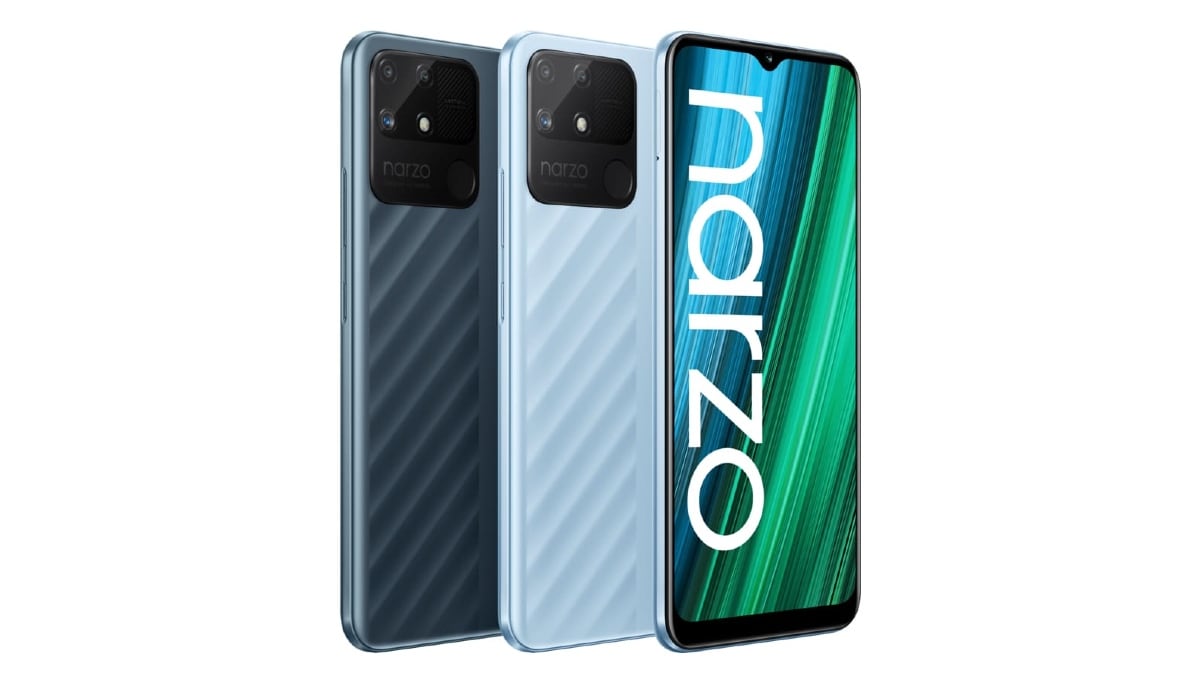 Alongside the Realme Narzo 50A Prime, the image also mentions the Realme 9 series, which is tipped to debut in February.

Realme Narzo 50A features a 6.5-inch HD+ (720×1,600 pixels) display with 20:9 aspect ratio. The phone is powered by a MediaTek Helio G85 SoC paired with 4GB RAM, and up to 128GB storage with the option to expand it further using a dedicated microSD card slot (up to 256GB). The Realme Narzo 50A packs a 6,000mAh battery with 18W fast charging. For photography, the Realme Narzo 50A sports a triple rear camera setup with a 50-megapixel main camera, a black and white portrait lens, and 2-megapixel macro shooter. The smartphone has an 8-megapixel camera for selfies and video calling.