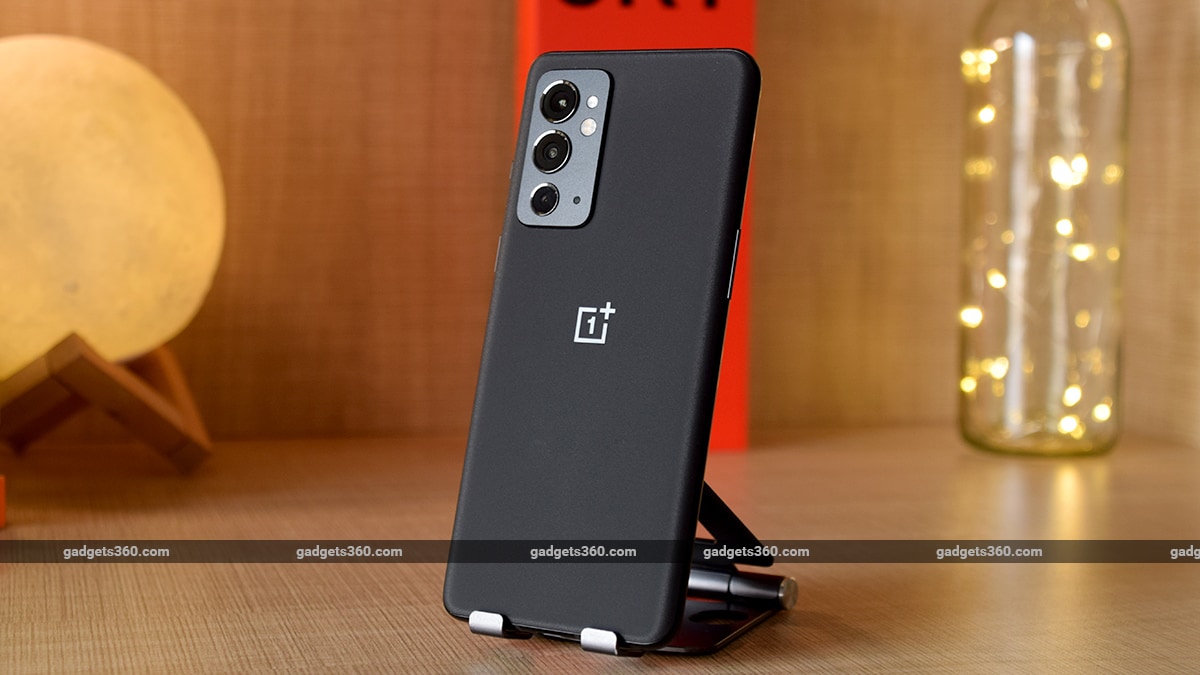 OnePlus has had quite a busy start to 2022. It just launched its latest flagship, the OnePlus 10 Pro smartphone in China. This will eventually launch in India, probably along with other versions like a OnePlus 10 and 10R. For now though, tech enthusiasts in India will have to settle for one last hurrah from the 9 series, which is the OnePlus 9 RT.

This phone was launched in China in October 2021 and it’s only making its way to India now. So, what is the 9RT and should you really care about it? If you’re familiar with OnePlus’ ‘T’ refreshes, this is exactly that — it’s a OnePlus 9R (Review) with a new design and finish, a faster SoC, and a better primary camera. It’s a mild upgrade, which was to be expected since bigger changes will only come with the next generation. What is surprising is that the premium OnePlus 9 and 9 Pro have not received any refresh. In any case, we’ve been playing with the 9RT for a few days and here’s what we think about it so far.

The OnePlus 9RT comes in a plain red box with the usual set of accessories such as a case and a charger. It’s nice to see a company not blindly following unpopular trends in the smartphone space and ditching the charger. OnePlus claims that it has spent a good amount of time perfecting the look and feel of the 9RT and it shows. The curved metal frame is very comfortable to hold and the smooth finish of the glass rear panel of the Hacker Black variant that I have with me, feels very luxurious. There’s a soft sheen to it when light hits it, and it doesn’t seem to attract fingerprints at all. The OnePlus 9RT is also available in a Nano Silver finish.

This phone has a redesigned camera module with one less camera sensor compared to the 9R, but all the functional ones are still present, so it’s not a real loss. We’ll get to those details in a bit. The display on the OnePlus 9RT is slightly larger compared to the 9R at 6.62 inches, but it’s still an AMOLED panel with a full-HD+ resolution, 120Hz refresh rate, and Corning Gorilla Glass 5 for scratch protection.

The display is vivid and colours are punchy. There’s an in-display fingerprint sensor which is very quick at authentication. You get the usual set of buttons and ports on the OnePlus 9RT, including an alert slider on the right. On the bottom, you’ll find the dual Nano-SIM tray but once again, there’s no microSD card slot.

Apart from the new rear panel design, the OnePlus 9RT gets a Qualcomm Snapdragon 888 SoC, which is an upgrade from the Snapdragon 870 SoC found in the 9R. This puts the 9RT on par with the more expensive OnePlus 9 and 9 Pro in terms of processing power. The 9RT also supports many more 5G bands in India (eight in total) than any other 9-series model, which is good. There’ll be two variants of the phone on sale, one with 8GB of RAM and 128GB of storage, and the other with 12GB of RAM and 256GB of storage. OnePlus has used LPDDR5 RAM and UFS 3.1 storage.

Other features of the OnePlus 9RT are similar to what we saw with the 9R, most notably its stereo speakers with Dolby Atmos, NFC, Wi-Fi 6, and 4,500mAh battery capacity with support for 65W fast charging. The 9RT does not have an IP rating, wireless charging, or even the Hasselblad treatment for its cameras.

Speaking of which, the primary rear camera in the OnePlus 9RT has been upgraded to the Sony IMX766 sensor. This is the same 50-megapixel sensor that was used for the ultra-wide camera on the OnePlus 9 and 9 Pro, but here it is used for the primary camera. This camera has a different lens arrangement, optical stabilisation, and a wider aperture of f/1.8. The ultra-wide camera on the 9RT uses a Sony IMX481 sensor just like the 9R, and has a 16-megapixel resolution and f/2.2 aperture. The third camera is a 2-megapixel macro shooter. The selfie camera has not changed, and OnePlus is still making do with the 16-megapixel Sony IMX471 sensor.

The OnePlus 9RT ships with OxygenOS 11 but it should be among the first OnePlus devices to receive a stable Android 12 update whenever it’s released. The OnePlus 9RT also boasts of Hyper Touch 2.0, which claims to boost the default 300Hz touch response rate to 600Hz when playing certain games. Another gaming-oriented feature is the addition of a third Wi-Fi antenna. OnePlus refers to this as a ‘Tri-eSport’ antenna system, and claims that it results in a more stable Internet connection when gaming. We’ll of course be testing all these claims during the full review.

The OnePlus 9RT starts at Rs. 42,999 for the 8GB variant and the price goes up to Rs. 46,999 for the 12GB variant. These are acceptable bumps over the OnePlus 9R considering what the 9RT offers. The OnePlus 9R will continue to be on sale till stocks run out, but the 9RT pretty much renders the OnePlus 9 obsolete. You also need to keep in mind that the OnePlus 10 series India launch should not be too far away, if recent leaks are anything to go by. From the looks of it though, OnePlus might stagger its 10-series launch this year, with a Pro model coming first and a vanilla OnePlus 10 or even 10R coming later, which would also explain why the 9RT is launching now.