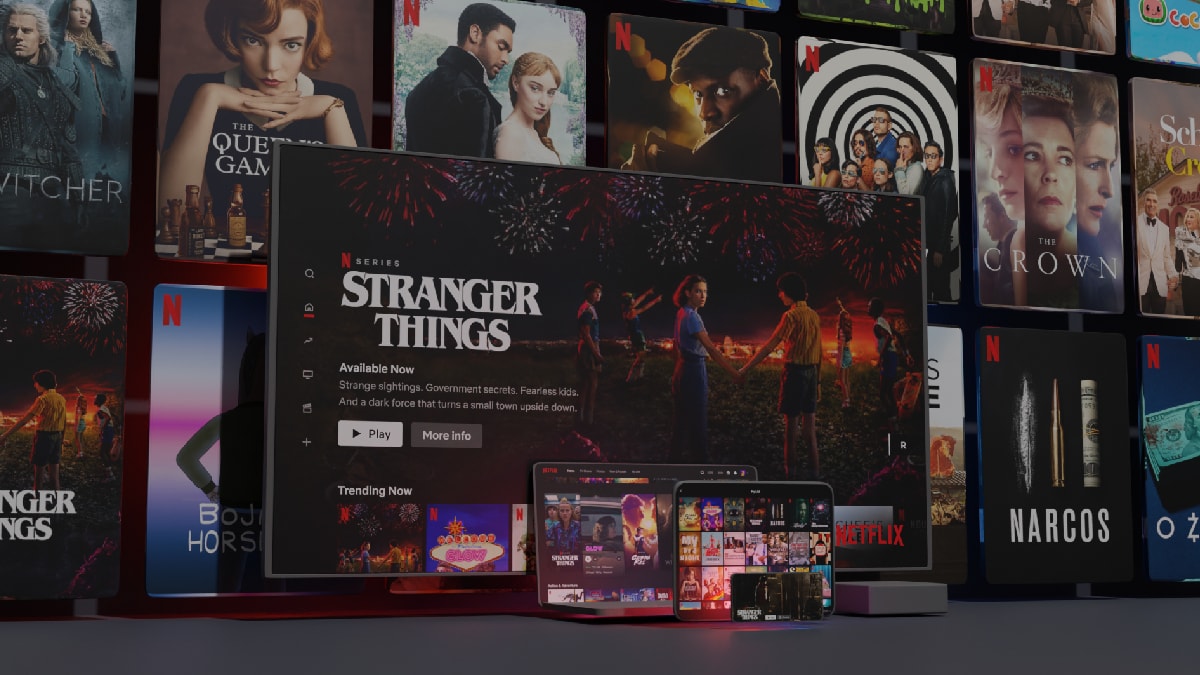 Netflix has started streaming AV1 codec to select TVs and PlayStation 4 Pro. AV1 codec is the latest video codec in the industry with a royalty-free license from the Alliance of Open Media (AOMedia). The codec is backed by a group of tech brands including Amazon, Apple, Facebook, Google, Intel, Netflix, Microsoft, and many more. Netflix is now rolling out AV1 streaming on a handful of TVs. However, thanks to the PS4 Pro compatibility, any TV connected to the gaming console can stream Netflix content in AV1. Netflix started rolling out AV1 video streaming on its Android app in February last year.

Netflix announced the launch of AV1 playback on TVs through a blog post on November 9. As AV1 needs more CPU hours to encode, Netflix will initially offer some of its popular titles with the new codec, including Money Heist.

“We have a stream analyser embedded in our encoding pipeline which ensures that all deployed Netflix AV1 streams are spec-compliant. TVs with an AV1 decoder also need to have decoding capabilities that meet the spec requirement to guarantee smooth playback of AV1 streams”, explained Netflix in the blog post.

During playback, Netflix said that it observed a 2 percent reduction in play delay with AV1 streaming. Additionally, on some TVs, noticeable drops in streaming quality were reduced up to 38 percent.

As mentioned, Netflix has started streaming movies and shows encoded in the AV1 codec to compatible TVs as well as TVs connected with PS4 Pro. The AV1 streams require a TV device with an AV1 decoder that meets the specification needs. Netflix assured that they are working with external partners to enable more devices for AV1 streaming. However, the details about the supported devices are not yet revealed by the streaming platform.

In February last year, Netflix has begun streaming AV1 encoded content through its app for Android mobile devices, replacing the VP9 codec. It was initially unveiled for select titles only.