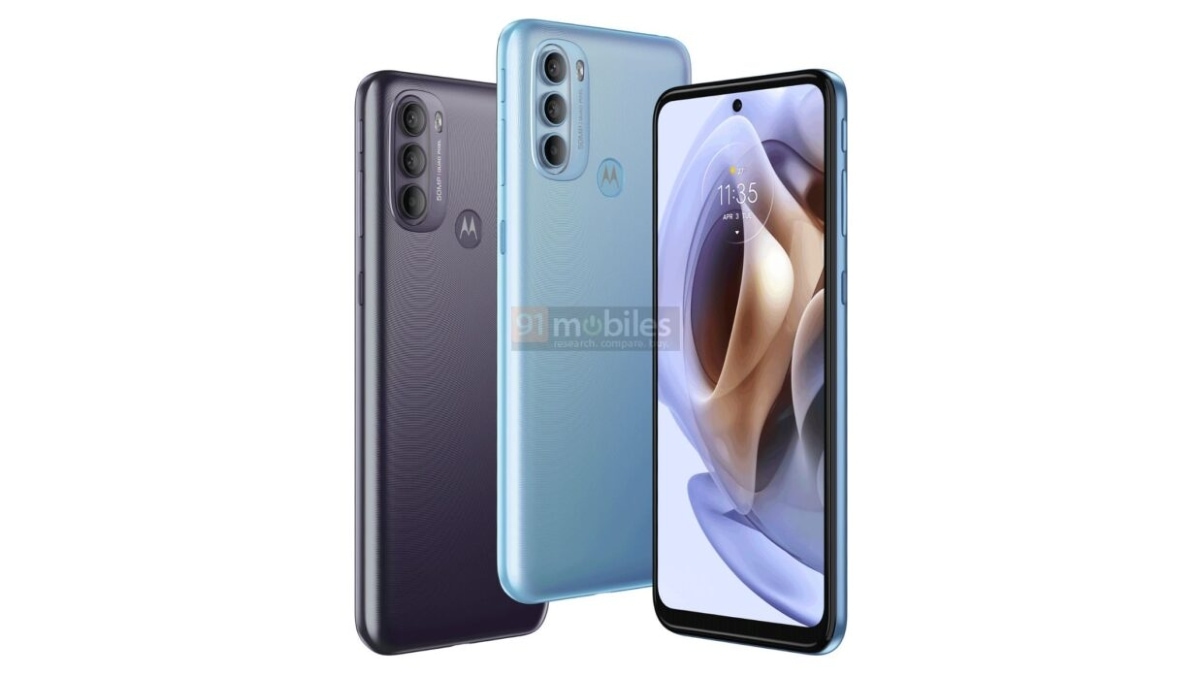 Motorola Moto G31’s alleged renders have been leaked online, showing a hole-punch display and a triple rear camera setup. As per a report, the budget smartphone is expected to launch in two colour options and could come with a rear-mounted fingerprint sensor. The specifications of the Motorola phone, expected to be a successor to the Moto G30 which was launched earlier this year, were shared by a tipster last month. The handset has also been spotted on a National Communications Commission (NCC) listing in Taiwan.

Citing industry sources, 91Mobiles reported that the Moto G31 will debut in India in Black and Blue colour options. The publication has also shared a few renders that show the same colourways. However, the NCC listing suggested that Motorola may launch the handset in Black and Silver colour options. It also suggests that Moto G31 has XT2173-2 model number.

When it comes to design, the renders shared by 91Mobiles show that the phone has a centre-aligned hole-punch cutout for the selfie camera. The power button, volume rocker, and a dedicated Google Assistant button are on the right spine. Moto G31 is seen with a triple rear camera setup and there is “50MP” written on the module.

These details are in line with an image shared by tipster Anthony. The image shows a smartphone in Silver colour. The smartphone in the image has the same camera module with “50MP” and “Quad Pixel” text, and a similar button placement as shown in the renders shared by 91Mobiles. The “50MP” and “Quad Pixel” text implies that the Moto G31 may come with a 50-megapixel primary camera. As per Anthony, the phone will pack a 5,000mAh battery with 10W fast charging support, a fingerprint scanner, and could be priced at $210 (roughly Rs. 15,600).

Moto G31 has also been reportedly spotted on the National Broadcasting and Telecommunications Commission (NBTC) and Wi-Fi Alliance websites, hinting at a 5,000mAh battery. Furthermore, the phone is tipped to feature a 6.4-inch full-HD+ OLED display, a 3.5mm headphone port at the top, and a USB Type-C port.