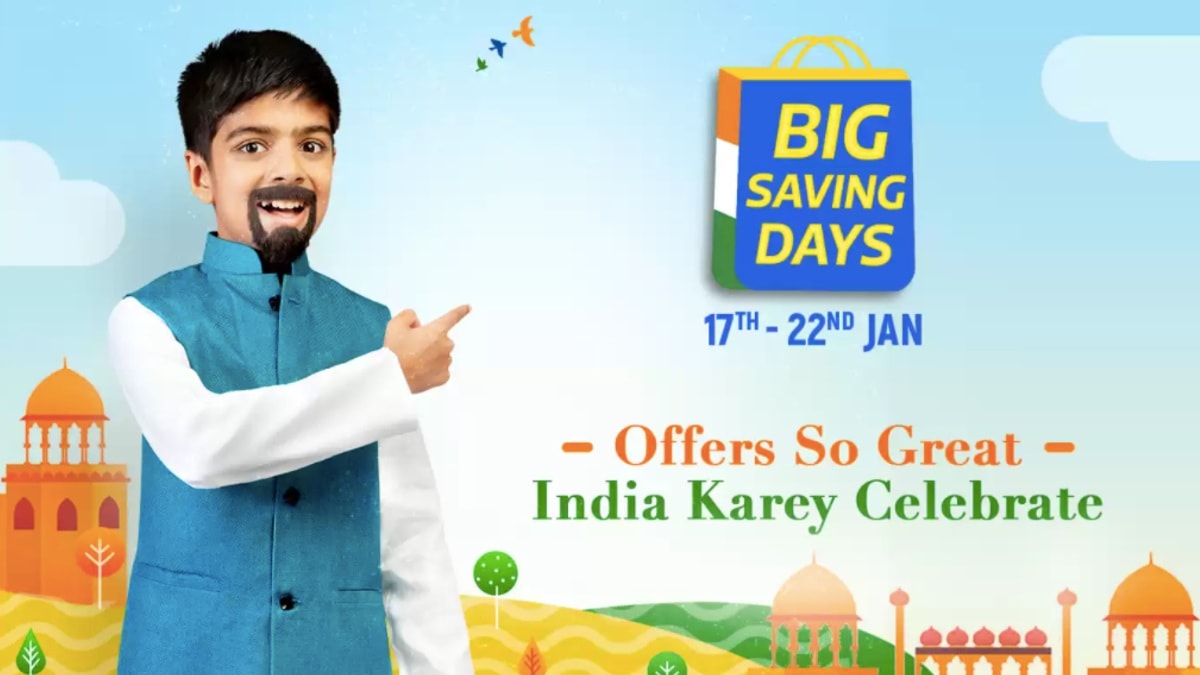 Flipkart has announced that it is kicking off its next major sale on Monday, January 17. Called Big Saving Days, the Flipkart sale will last for six days until January 22 and will bring deals, discounts, and offers on various smartphones and gadgets including digital cameras, smartwatches, and truly wireless stereo (TWS) earbuds. Flipkart also claims to offer discounts on various televisions and home appliances under its next sale. Additionally, the Walmart-owned e-commerce company has tied up with ICICI Bank to provide instant discounts on a range of products.

The Big Saving Days sale will go live for Flipkart Plus members a day early — at 12am on Sunday, January 16. The online marketplace has also started hosting Curtain Raise Deals between January 13–15 to get an early start of its forthcoming sale.

Through a dedicated webpage, Flipkart announced that there will be deals on smartphones from companies including Apple, Realme, Poco, and Samsung. The Flipkart Big Saving Days sale will also bring up to 80 percent discounts on electronics items, up to 60 percent off on smart wearables including smartwatches and fitness bands, and up to 40 discounts on laptops.

In addition to deals and offers, the Flipkart Big Saving Days sale will bring a 10 percent instant discount for customers making purchases using ICICI Bank cards and EMI transactions. There will also be no-cost EMI options and exchange offers on a range of devices.

Similar to Flipkart, Amazon is hosting its four-day Great Republic Day sale from January 17. The online marketplace revealed some deals and discounts earlier this week.